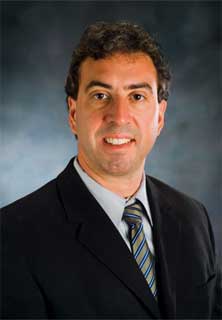 Scott F. Corneal, DO is originally from Florida but grew up in Pennsylvania. He completed his undergraduate degree in Biology at Penn State University. He then migrated further north to attend medical school at the University of New England in Biddeford, Maine. He was invited to be a member of the honor society of Psi Sigma Alpha for being in the top ten percent of his medical school class. In addition to 4 years of medical school, he stayed in Maine for an additional year to complete a teaching fellowship in Anatomy and Osteopathic Manipulation.

He completed a one year rotating internship at UMass Memorial Hospital in Worcester, Massachussetts. Moving south to Atlanta, he completed a three year residency program at Emory University in Physical Medicine & Rehabilitation. He was honored with an award for the best research paper at Emory for his paper on the Intra- and Intersubject Reliability of Abductor Pollicis Brevis Muscle Motor Map Characteristics with Transcranial Magnetic Stimulation. This paper was subsequently published in the Archives of Physical Medicine & Rehabilitation August 2005. He worked with 2 different orthopedic groups in the Atlanta area before deciding to start his own private practice in beautiful St Augustine, Florida.